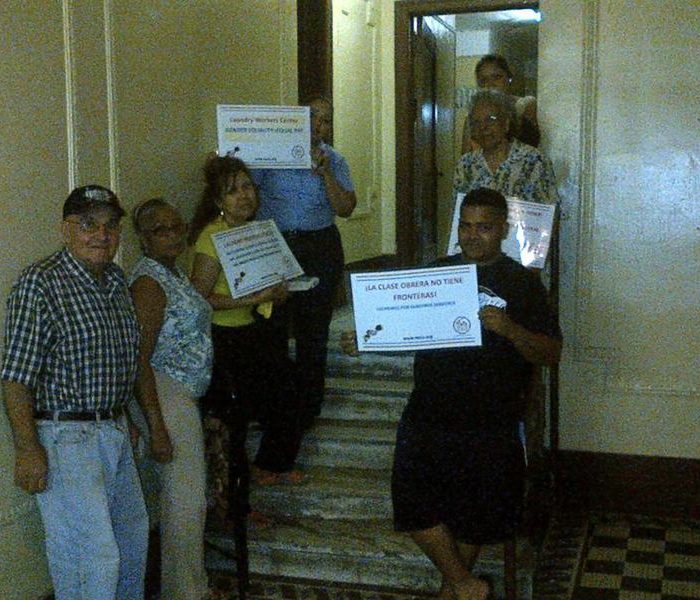 The 2 Thayer Street Tenant Association was founded in 2012 to build tenant power, and fight landlord negligence and gentrification. The campaign was led mostly by immigrant women who saw organizing as the strongest tool to keep their neighborhood safe.

Laundry Workers Center trained residents of 2 Thayer Street in organizing, with sessions including “Gender Equity” and “Women’s Leadership”. Members brought their issues to the public through mass media, organizing, and direct action. And they engaged with their elected officials, including New York City Councilmember Ydanis Rodriguez and their community board.

The hard work paid off. They got the deputy commissioner of the Department of Housing Preservation and Development to inspect the building, where he discovered hundreds of violations. Through active engagement with the community and elected officials, the residents of 2 Thayer succeeded in pushing the landlord to spend more than $100,000 on repairs.