B&H Workers Went On Strike Yesterday — Lift Up Their Voices

Yesterday, over 200 workers from B&H Photo Video’s warehouses went on a day-long strike, in conjunction with “Un Día Sin Inmigrantes” strikes happening around the country. And now they are asking for your support.

“We are here today to let B&H know that we, the workers, have the power. We will not allow B&H to leave over 300 workers without a job.”

The company is trying to close its Brooklyn warehouses and move those jobs 75 miles to New Jersey—which we see as an attempt to stop the grassroots worker organizing that has resulted in real improvements at B&H.

Workers took enormous risks yesterday to go on strike and speak out against B&H’s union-busting tactics.

Will you stand with them today and amplify their call for respect and dignity?

Tuesday, May 2 from 2pm-5pm Eastern time, raise up worker voices by posting their photos and statements (below) on Twitter and Instagram. And tell B&H Photo why you support warehouse workers’ fight to keep jobs in New York!

Use hashtags #BHphoto, #YouGoToBH, and #BHexposed. Download the photos and use the text provided underneath. (Click on the photos for full size view.) 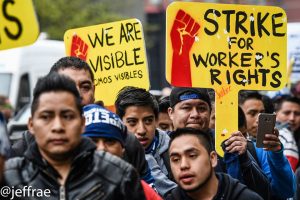 Today we lift up the voices of #BHphoto workers who went on strike #May1 to fight for their jobs & their families http://gothamist.com/2017/05/01/bh_photo_workers_strike_on_may_day.php 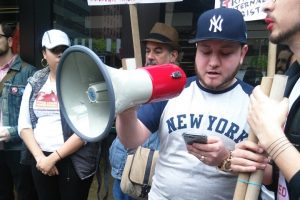 “We, the workers, have the power. We will not allow B&H to leave 300+ workers w/o a job” -Francisco Pimental, #BHPhoto worker #BHexposed 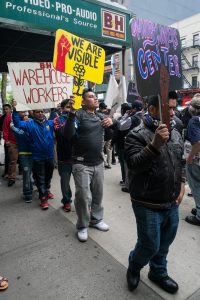 “Now is the moment we demonstrate who we are and what we are made of” -Rigoberto Gallos, #BHphoto worker. #May1Strike #BHexposed #YouGoToBH 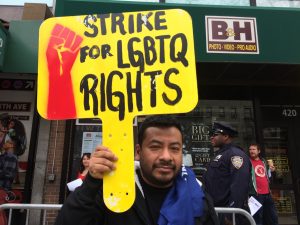 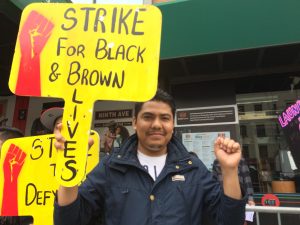 “We are here to defend 300+ families that will be affected by the move” -Patricio Apolinar, #BHphoto warehouse worker #BHexposed #May1Strike 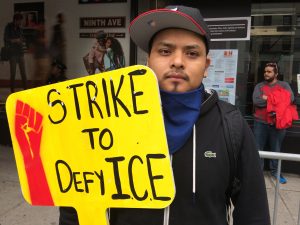 “We are fighting for the workplace to remain in New York.” -Victoriano Cruz, #BHphoto warehouse worker #BHexposed #YouGoToBH #May1Strike 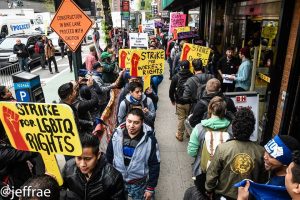 More on the #BHexposed campaign »