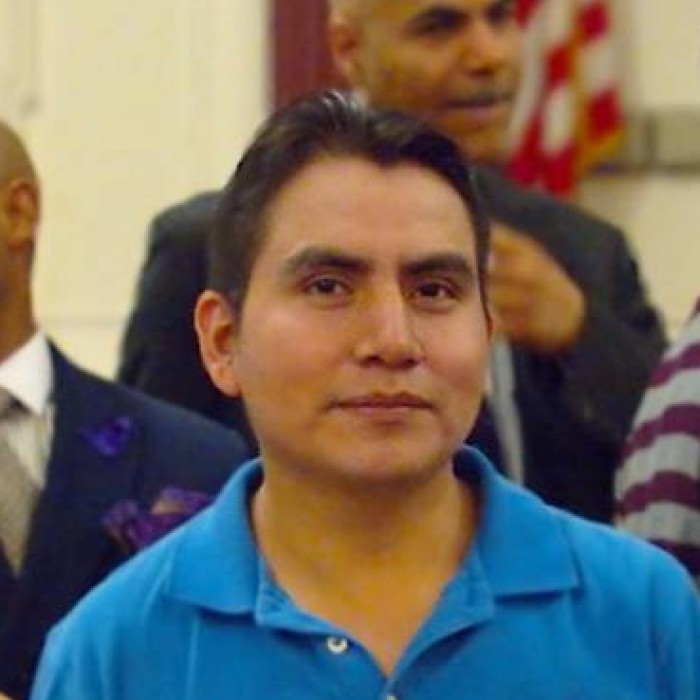 Oscar Ramirez was born in México in an indigenous community. He migrated to the USA in 2008 and when he was 16 began working at Liberato Restaurant. He was a pre-cook and then became a cook, sometimes working 60 to 70 hours a week in poor conditions inside the restaurant, not making minimum wage or overtime. 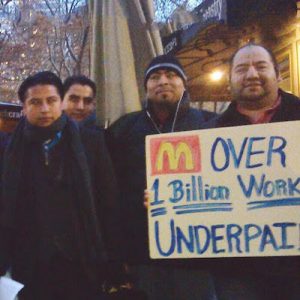 After the fast food rally, Oscar kept coming to LWC events—he participated in an LWC workers’ forum, a discussion between different workers who were going through struggles at their workplaces. At the forum, he approached LWC organizers to talk about the conditions at work.

In 2013, Oscar had a conversation with Liberato management, asking why he and his coworkers weren’t getting paid minimum wage. He was immediately fired, for standing up for his rights. He joined the LWC Leadership Institute and began training other workers about their rights and leadership in the workplace.

In April 2014, he stood with his co-workers and launched the Liberato campaign, to demand dignity and respect not just from Liberato, but all over the Bronx and beyond.

“We have protested in hot weather and cold weather, and the company has retaliated in many ways against my co-workers and me. But we are not afraid and we will continue fighting. The company sued us at the state and federal court. But no matter what, we will not stop until we win dignity for all the workers” -Oscar Ramirez